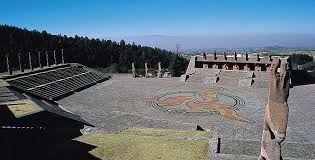 Prior to the arrival of the first European explorers an Indigenous kinship network, based in spiritual and cultural relationships, existed for centuries across the Americas. Through this “Sacred Hoop of Many Hoops”, Indigenous Peoples shared their collective spiritual wisdom, cultural protocols, ceremonies, scientific knowledge, and vast physical resources.

Charles Mann, for instance, in his book 1491: New Revelations of the Americas before Columbus, quotes respected scholars who believe that 90-100 million Indigenous Peoples perished from disease by the mid- 1600’s, a catastrophe on an even greater scale than the “black deaths” in Europe. Many more died afterward as the direct result of hostile colonial policies. The latest estimates, by some researchers, is there were more than 108 million Indigenous peoples living across the Americas prior to European contact. What happened was a Holocaust of historic dimensions. 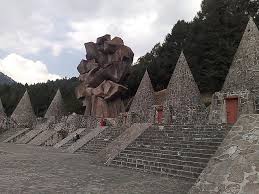 The prophecy of the Reunion of the Condor and the Eagle is interrelated with many other Indigenous prophecies across the Americas. All of these prophecies predict, after a long and bitter spiritual wintertime of 500 years, that the “Reunion of the Condor and the Eagle” will begin slowly, at first, but then rapidly accelerate following the end of the long-count of the Mayan Calendar, December 21, 2012 and the beginning of the 5th Sun.  It is prophesied that this spiritually-based movement, led by Indigenous Peoples, will ultimately result in a great era of compassion, peace, justice and prosperity that will unite all members of the Human Family.

As well, the Reunion of the Condor and Eagle is intimately related to other Indigenous prophecies across the Americas. These include the Eighth Council Fire, the Slaying and Return of the White Buffalo, the Emergence of the Fifth Sun, the Return of Quetzalcoatl and the Prophecies of the Hopi’s, Chilam-Balam, Sweet Medicine, and Black Elk. So strong is the belief in this prophecy that the Otomi Nation in the State of Mexico, for instance, has built a vast ceremonial amphitheater dedicated to the “Reunion of the Condor and the Eagle.”  The focal point of this amazing construction is a gigantic stone carving of a Condor and an Eagle joined in a loving embrace. It was built largely by the volunteer labor of thousands of materially poor Indigenous Peoples out of love and faith in this prophecy.

Through the unprecedented, unified actions of many different Indigenous networks and Allies, these interrelated Indigenous-led movements are unifying across the Americas.  At the forefront of all these movements are Indigenous women! This is happening despite growing opposition from adversarial political and economic forces led primarily by natural resource extraction industries.

This opposition is easy to understand.  Once the Reunion of the Condor and Eagle is fully realized, Indigenous Peoples and their Allies will become a major and decisive economic and spiritual force not only in the Americas but around Mother Earth. Indigenous Peoples and their Allies will then be in a position to mandate the wise and harmonious ways our Mother Earth's gifts will be, respectfully, safely and sustainability developed, as well as, when development is not appropriate, no matter how much profit is to be made! For more background on the Vision and Strategy for fulfilling the Prophecy of the Reunion of the Condor and the Eagle, sometimes called the Reunion of the Condor, Quetzal, and  Eagle please read the Fourth Way linked below.

The Fourth Way-An Indigenous Strategy for Building Sustainable and ...

Reunion of the Condor and Eagle is fully realized, and remains, with most ease and grace.

Therea G.. Just to point out some things, the Condor and Eagle times were never said to be without skirmishes.  Most indigenous 'wars' were just skirmishes, as an example, the Plains Cree played tag with the Blackfeet...warriors would sneak up and slap the back of an 'enemy' then run for it.  This was a sign of bravery.  Slavery wasn't like the African slave days....slaves were eventually brought into families as family.  It was one way of bringing in new blood when there wasn't enough in a tribe to prevent inner breeding (which was strictly against tribal law).  When larger wars took place it was over land (as is today) BUT that didn't stop trade and other diplomatic ties.

Atlantis, Lemuria, Pan and other now underworlds took place at the same time, one did not lead to another and they were in different locations.

Prophecies as self fullfilling may be comparative to works like Nostradamus, but Indigenous ones have distinctive arrays to them that are evident in whatever timeline they are to be fullfilled.  It's more than a matter of energy being fed into any particular one, it is a collective of signs and vision.  The visionaries 'see, hear, feel' and now is the time.  How can you argue a visionary shaman living in a remote part of the  jungle of Panama and his visionary grandson who feel this is the reuniting now?  They don't have newspapers or radios.  They don't speak english or spanish.  Please explain to me how they would see this as the 'now' time.

I don't believe that anywhere it has been stated that we are not one race....caucasians were indigenous at one time too but western civilization lost sight and touch through technology and removal of sensitivities by not respecting and living with Mother Earth.  This piece on the reunion states that today's indigenous peoples are the ones who will lead us back to a life of harmony...anything wrong with that, because save for some allies, we indigenous peoples best remember the ways to respect Mamma Earth and our ways of governance and society have always been more sophisticated than western ways.  It only makes sense that indigenous peoples bring these ways back again for a more harmonious world and unite in our efforts...there is no need for squirmishes anymore between us, only cooperation through unity.

Beautiful, thank you for sharing... may it be so...