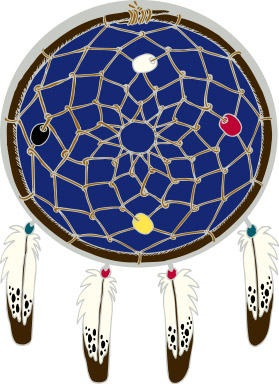 By now many relatives have heard something about the Kony 2012 “Invisible Children” Video that has gone viral over the past few days (58 million views so far) and related controversy.

Looking beyond the controversy to the future, this is another sign of the Prophecy that was passed down to our Elders Circle in 1975 by Respected Elders Abe Burn Stick, Dakota, and Eddie Bellrose, Cree. These Beloved Elders told us that we would live to see the "Every where Spirit made manifest on Mother Earth" and the global role this "Spider Web" would have in the manifestation of a world encompassing  "Springtime" and the emergence of a new “New Global Civilization."

As we move deeper and deeper into the changes of 2012 and beyond, according to these Prophecies, the "Every where Spirit made manifest on Mother Earth" will play an ever-increasing role in the collective transformation of the consciousness of the Human Family! May 2012 be you and your beloved ones best year ever!

With Warm Love and Greetings,

Thank you for this link! I have watched it! I have been rereading Carl Jung for a Friday presentation and a Saturday workshop for the Jung Institute in Dallas.

I am extending Jung's work on the personal individuation of the soul to the collective soul. That is the tendancy of the individual phyche toward wholeness and balance, posited by Jung, is true , as well, for the collective phyche of the Human Family. In essence, the firm  conviction that all human beings have been created “to carry forward an ever-advancing civilization.” This is what I am striving to contribute, in some small way in our work!

From my perspective, this violence and abuse in all forms has to end, including Kony, what’s happening in Sudan and what happened in Iraq, Sri Lanka, etc.! For example, if you can have the stomach to look at it, what happened in Sri Lanka is as every bit as gruesome as the alleged Kony crimes, but it is being pretty well ignored by the powers that be. ! Tamil Genocide in Sri Lanka-Adult Only.

A dear elder that had a great impact on my life when I was in Bolivia in 1970-1971 was Enoch Olinga from Uganda. He was murdered, along with his wife and three of his five children in Kampala in 1971. It was into this context of the Edi Amin era that Kony and his opponents were born! To hear Kony himself directly, he claims and acts like he is totally innocent.  Joseph Kony Interview, 2006. We have seen a lot of liars in court, what do you think?

They will get Kony, sooner or later. When they do all the relatives those who were involved in this will be, hopefully, empowered to take further action toward positive change. My comments were made in the manner that they were so as to not get caught up in the transitory conflict of this temporal event which will be debated by those who are much more capable than me.

What I wanted to clearly note is what I believe to be the long-term trajectory of viral videos and the growing role of digital communications technologies will play in the transformation of human consciousness and the impact that digitally inspired people-centred movements can make in addressing the corruption, greed, insanity, etc., that surrounds us. I say this with the awareness that digital communications technologies can just as well be used to spread lies and destroy and disrupt positive movements that are just and needed to create a “better world.”

But this comes with the dinner! “When the cry of truth is raised, so is the cry of denial!”

I don't know?  Seems to be some people calling this video that went viral a fake - http://youtu.be/7DO73Ese25Y