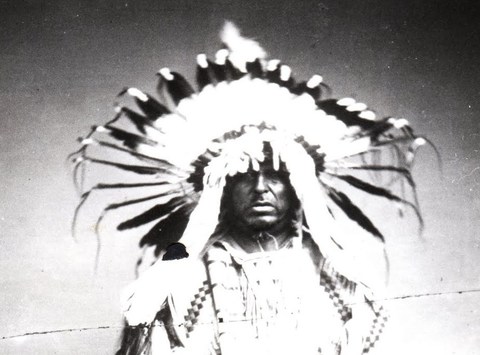 One of the stories that my beloved father, Mato Gi, (Brown Bear) recounted to me, on many occasions, about his Grandfather Tipi Sapa, ( Black Lodge ), Philip Deloria, and his Great-Grandfather, Hinhan Wicasa ( Owl Man ) has always haunted me with deep meaning, inspiration, and mystery. It had a direct impact on my father, who was raised by his Grandfather Tipi Sapa, and obviously on all of Hinhan Wicasa and Tipi Sapa's descendants and relatives, including my sister, myself, our children, grandchildren, and our extended family. It was not known outside our family until our Uncle Vine Deloria Jr. recounted this story in " Singing For a Spirit " in 1999. From my perspective, it reflects the inherent, restorative spiritual power in the " Soul " of all members of the Human Family. It is with understanding and purpose I share it with you now.

In 1856, when Tipi Sapa was about three years old, Hinhan Wicasa had to go on a long trip. When he returned, the women were all wailing and mutilating themselves. Hinhan Wicasa immediately knew that a relative had died. When Hinhan Wicasa asked the women who died, they cried harder and ran away from him. He entered his Tipi and found his beloved son's lifeless body laid out on a buffalo robe. Tipi Sapa had caught a fever and, in spite of the best the people could do, had passed away the day before Hinhan Wicasa returned.

Hinhan Wicasa stayed inside the tipi for a long time. People heard his terrible cries of grief, but no one dared to go in and talk with him. Hinhan Wicasa had named my Great Grandfather, Tipi Sapa—Black Lodge—as a dedication to a Black Tipi that was one of the key dimensions of a life-changing vision he had received on Medicine Butte. It through his spiritual experience within the Tipi Sapa that Hinhan Wicasa received his healing gifts and saw more than four generations into his descendants future. Now, with the death of his beloved son, his hopes for the future seemed to be futile.

Hinhan Wicasa finally emerged from the Tipi, his arms, and legs bloody with knife wounds of grief, carrying Tipi Sapa's body in his arms. He mounted his gray horse and rode off to a high hill, where he dismounted and began to pray. All night and all the next day Hinhan Wicasa sat there singing lamentations with his beloved son's body in his arms.

My father told me that Hinhan Wicasa spoke very gruffly with the Thunders. Hinhan Wicasa boldly said that he had done everything they had asked and told them that they could take anything of his except his beloved son. Hinhan Wicasa pleaded that they return him. Just about sundown the people looked anxiously toward the hill, wondering if Hinhan Wicasa was going to spend another night and day there, and also wondering how they would get Tipi Sapa’s body away from him, they could proceed with the burial.

To their surprise, they saw Hinhan Wicasa walking down the hill, hand in hand, with Tipi Sapa, the grey horse trailing behind them. No one spoke a word as the two walked into the Tipi and sat down. Finally, one of the women prepared some food and broth for them and broke the spell. My father said that after this demonstration of his powers, people became frightened of Hinhan Wicasta. Among some of his relatives of the Mahaska Ptesan Wicoti, White Swan Camp there was a profound sense of alienation because it was evident that Hinhan Wicasa significantly favored Tipi Sapa. 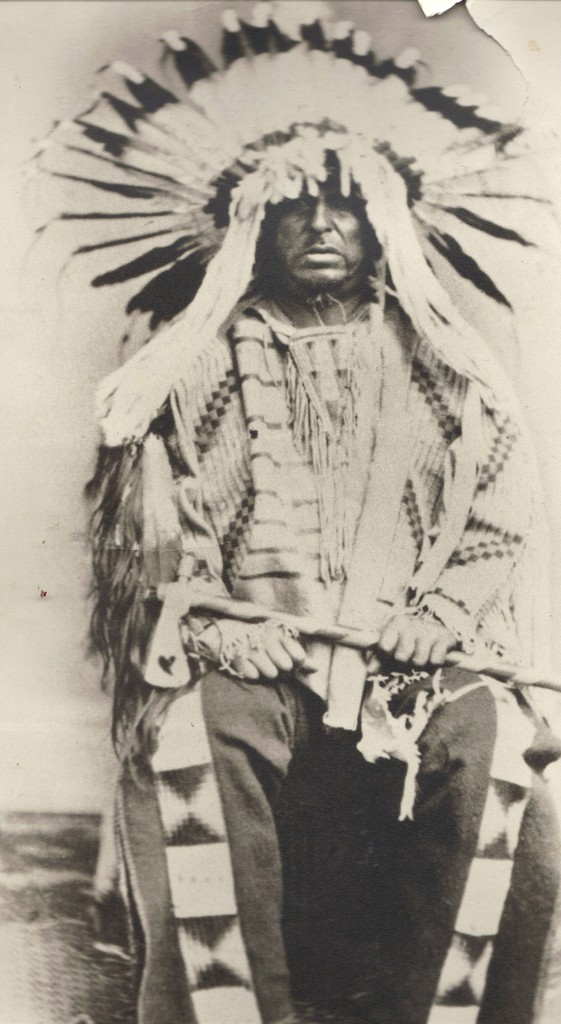 Comment by T. Bernard on January 28, 2012 at 11:51pm
A strong resemblance to you. We'get forgotten that Great Spirit can be directly spoken with, and listens. Thank you, for this reminder....love your family for keeping these stories and these ways.

Comment by Judiann on January 20, 2011 at 5:57am
Thank you for sharing this precious story.  A testament to great Faith and the power of prayer.

Comment by Shona Williams on January 19, 2011 at 8:04am
Beautifull and relative to my own personal experience--Thank you.