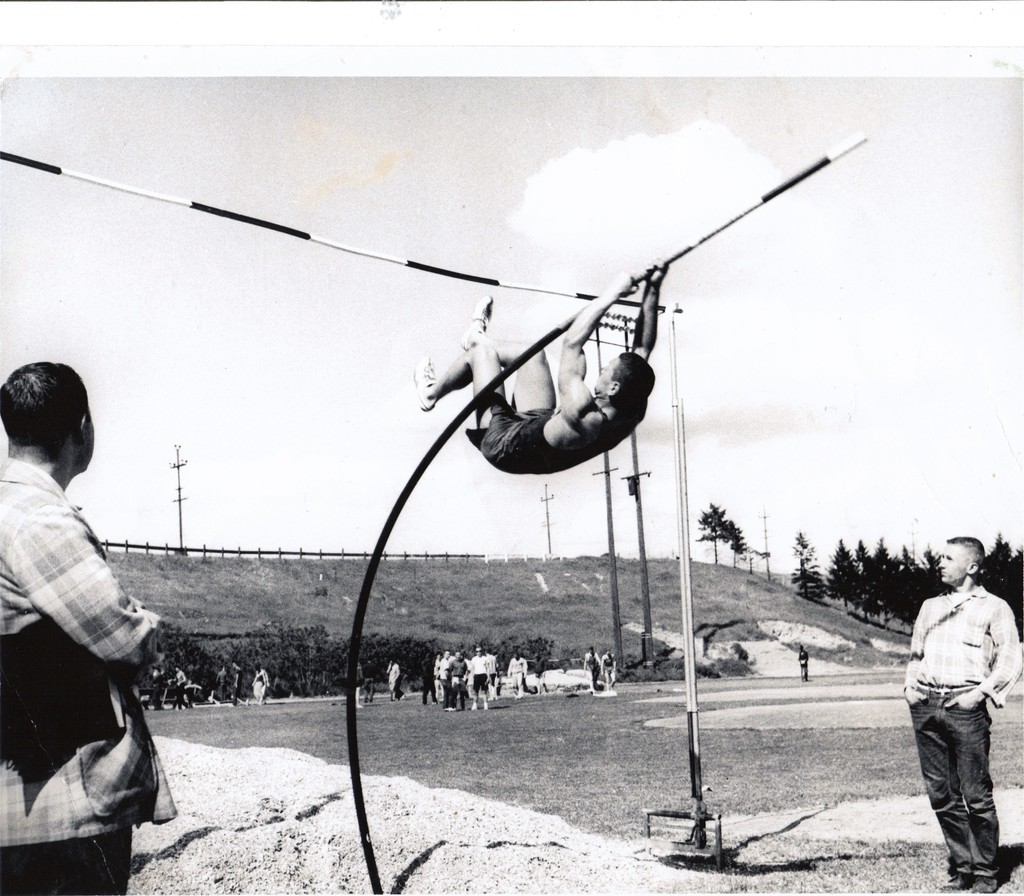 I started Pole Vaulting at 9 years old ( I953),when my beloved father taped up an old bamboo pole, (so if it shattered, it wouldn't hurt me) and made me a straw pole vault pit and shared with me the basics of "pole vaulting" that he had learned, as young boy, at the Haskell Indian School. Since my first vault into "space," it became my "spring athletic passion" until I graduated from High School at 17.

This picture was taken by my beloved father at my last high-school Pole Vault competition at the Inland Empire, Jr. Olympic Finals, on May 26, 1962. This was shortly after I had my first opportunity to use a fiber-glass pole. Before I used Bamboo and then Swedish steel poles. Prior to this day, this new innovation of fiber glass poles would throw me everywhere, but up, sometimes upside down, and a few times completely out of the landing pit! On this day, the fiber glass and I became one. This is a vault, from a series of vaults, that led to a Gold Medal and a new Inland Empire Pole Vault Record. This record has long since been broken with new tech poles and stronger, faster and taller pole vaulters!

Most important, this experience taught me that if you hang on and keep trying, no matter what,once you become "One" with it, your vision will actualized. This is exactly how my part of the Journey, in manifesting the 4th Way and the Reunion of the Condor and Eagle, is unfolding here at the City of Knowledge in Panama and beyond! This goes for everyone!