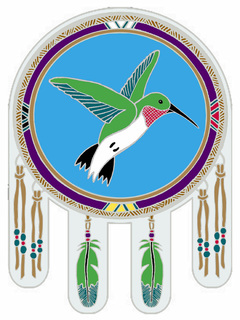 The implications of justice for social and economic development are profound. Concern for justice protects the task of defining progress from the temptation to sacrifice the well-being of the generality of humankind—and even of Mother Earth, itself—to the advantages which technological breakthroughs can make available to privileged minorities. In design and planning, it ensures that limited resources are not diverted to the pursuit of projects extraneous to a community’s essential social or economic priorities. Above all, only development programs that are perceived as meeting their needs and as being just and equitable in objective can hope to engage the commitment of the masses of humanity, upon whom implementation depends. The relevant human qualities such as honesty, a willingness to work, and a spirit of cooperation are successfully harnessed to the accomplishment of enormously demanding collective goals when every member of society—indeed every component group within society—can trust that they are protected by standards and assured of benefits that apply equally to all.At the heart of the discussion of a strategy of social and economic development, therefore, lies the issue of human rights. The shaping of such a strategy calls for the promotion of human rights to be freed from the grip of the false dichotomies that have for so long held it hostage. Concern that each human being should enjoy the freedom of thought and action conducive to his or her personal growth does not justify devotion to the cult of individualism that so deeply corrupts many areas of contemporary life. Nor does concern to ensure the welfare of society as a whole require a deification of the state as the supposed source of humanity’s well-being. Far otherwise: the history of the past and present century shows all too clearly that such ideologies and the partisan agendas to which they give rise have been themselves the principal enemies of the interests they purport to serve. Only in a consultative framework made possible by the consciousness of the organic unity of humankind can all aspects of the concern for human rights find legitimate and creative expression.Today, the agency on whom has devolved the task of creating this framework and of liberating the promotion of human rights from those who would exploit it is the system of international institutions born out of the tragedies of two ruinous world wars and the experience of worldwide economic breakdown. Significantly, the term “human rights” has come into general use only since the promulgation of the United Nations Charter in 1945 and the adoption of the Universal Declaration of Human Rights three years later. In these history-making documents, formal recognition has been given to respect for social justice as a correlative of the establishment of world peace. The fact that the Declaration passed without a dissenting vote in the General Assembly conferred on it from the outset an authority that has grown steadily in the intervening years.
The activity most intimately linked to the consciousness that distinguishes human nature is the individual’s exploration of reality for himself or herself. The freedom to investigate the purpose of existence and to develop the endowments of human nature that make it achievable requires protection. Human beings must be free to know. That such freedom is often abused and such abuse grossly encouraged by features of contemporary society does not detract in any degree from the validity of the impulse itself.It is this distinguishing impulse of human consciousness that provides the moral imperative for the enunciation of many of the rights enshrined in the Universal Declaration of Human Rights and the related Covenants. Universal education, freedom of movement, access to information, and the opportunity to participate in political life are all aspects of its operation that require explicit guarantee by the international community. The same is true of freedom of thought and belief, including religious liberty, along with the right to hold opinions and express these opinions appropriately.Since the body of humankind is one and indivisible, each member of the human family is born into the world as a trust of the whole. This trusteeship constitutes the moral foundation of most of the other rights—principally economic and social—which the instruments of the United Nations are attempting similarly to define. The security of the family and the home, the ownership of property, and the right to privacy are all implied in such a trusteeship. The obligations on the part of the community extend to the provision of employment, mental and physical health care, social security, fair wages, rest and recreation, and a host of other reasonable expectations on the part of the individual members of society.The principle of collective trusteeship creates also the right of every person to expect that those cultural conditions essential to his or her identity enjoy the protection of national and international law. Much like the role played by the gene pool in the biological life of humankind and its environment, the immense wealth of cultural diversity achieved over thousands of years is vital to the social and economic development of a human race experiencing its collective coming-of-age. It represents a heritage that must be permitted to bear its fruit in a global civilization. On the one hand, cultural expressions need to be protected from suffocation by the materialistic influences currently holding sway. On the other, cultures must be enabled to interact with one another in ever-changing patterns of civilization, free of manipulation for partisan political ends.

Comment by Yvonne Dornseiff on September 28, 2010 at 2:58am
VERY TRUE AND MORE IMPORTANT NOW THAN EVER YVONNE