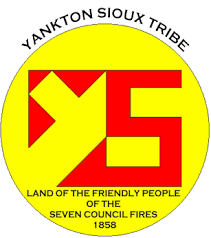 A long awaited meeting between the Yankton Sioux Tribe and the U.S. Army Corps of Engineers (“Corps”) took place at the Tribe’s Ft. Randall Casino on Wednesday, May 18, 2016.  The Yankton adamantly oppose the Dakota Access Pipeline (“DAPL”), and further, resent the appropriation of the name “Dakota,” which means “the people” in the Dakota language, by DAPL officials.  Initially termed “consultation” in the Tribe’s invitation, the Tribe chose to change the event to a pre-consultation meeting when it received word that Colonel Henderson of the Corps was arriving late in the day at 4 pm and had only two hours available to meet with the Tribe. In addition to the meager two-hour time frame insisted on by the Corps, the Colonel arrived a half hour late, and the Tribe felt that the brief time could not give justice to a full government-to-government consultation.

Tribal leaders also informed the Corps that there are several levels of consultation required with the Tribe since the Yankton are not an Indian Reorganization Tribe and governance is by the inherent authority of the General Council.  The General Council requires a 30-day notice to arrange a legal meeting.

The first level of leadership that met briefly with the Corps was Chairman Robert Flying Hawk and the elected leaders of the Business and Claims Committee, elected members of the Treaty Committee, the Tribal Historic Preservation Office, and Yankton attorneys.  Several other Tribes of the Oceti Sakowin (“Seven Council Fires”) were present to offer testimony, including Rosebud, Standing Rock, and Cheyenne River.  Also present were Iowans who oppose DAPL, which would traverse their state as well, and Dakota Rural Action of South Dakota.  The Tribe invited the presence of the Oceti Sakowin as well as allies, as these parties all share a common desire to protect the land and water.

The Yankton leadership explained to the Corps the unique governmental structure of the Ihanktonwan. The Tribe then told that, due to previous negative experiences with consulting with the Federal Government, they were moved to develop Indigenized standards of consultation to protect the cultural beliefs and protocols of the Tribe. Cultural beliefs and protocols are disrespected by federal agencies, frequently.  Often disrespect is unknowingly and sometimes forcefully.

Amongst these protocols is a prohibition against the use of the language of dominance   This protocol aims to avoid the use of such statements as “the Corps was created to assist in the opening of the West,” a manifestly aggressive use of language employed previously by the Corps.  Other protocols touched on the Ihanktowan view of water as the first medicine of the people, not just as a resource to be sold.  This discussion consumed most of the meeting and left little time for substantive information gathering from the Corps, which is what the Tribe had hoped to accomplish in the pre-consultation setting.  The Tribe further clarified to the Corps that its intentions were to follow the consultation standards set aside in law as well as in the Corps’ internal policies, which provide for unique tribal protocols and call for “meaningful consultation.”

Several members of the Advisory Council for Historic Preservation (“Advisory Council”), a providentially appointed body which oversees the protection of historic properties, listened in on the meeting via conference call.   The Colonel acknowledged that there are two sets of contradictory regulations applicable to the environmental review and that the Corps and the Advisory Council are at an “impasse.”  The Advisory Council’s position, like the Tribe’s position, is that the law mandates a review of the entire scope of the 1,168-mile project rather than a piecemeal review that is extremely limited in geographic scope.

In fact, on the day following the Yankton pre-consultation, the Advisory Committee issued a letter to the Commanding General and Chief of Engineers Headquarters, Lt. General Thomas P. Bostick in Washington, DC. The letter stated to the Corps that “its minimization of its responsibility to take into account the effects of the larger undertaking on historic properties has resulted in a failure to carry out appropriately the four-step Section 106 Process for this endeavor in a consistent and proper sequence, and consultation with the consulting parties.” It recommended that the Corps’ coordination of the federal agencies should result in a more comprehensive approach to complying with the requirements of Section 106.  The Advisory Committee strongly recommended that the Corps and the Fish and Wildlife Service coordinate with consulting parties to develop a comprehensive Programmatic Agreement (PA) to address varying federal jurisdiction.  The Yankton feel this may set the stage for broad Section 106 violation claims.

Near the end of the meeting, both parties acknowledged some progress made,  but there was a long way to go. Then the meeting abruptly ended when one of the Yankton leaders expressed that when Army Corps officers attend tribal meetings in full combat clothes, it often creates distrust among tribal members as tribal members have a long, tragic history with the U.S. Army.  Colonel Henderson became offended and shut his notebook suddenly, stating that he had not come to this meeting to be insulted about the clothes he wears to work, making a movement to leave the meeting.  The tribal leader responded that it was his choice to leave or to stay and continue to work with the Tribe.  Colonel also objected to some of the guests that the Yankton had invited to speak at this pre-consultation setting.  The Tribe responded that was why protocols were in development.

All of this comes to a head as construction crews have begun the tearing of Mother Earth near the Sacred Rock Spirit Camp, near Cannonball on the Standing Rock Reservation.  An emergency gathering of the Oceti Sakowin is being scheduled to happen on June 3 at a location to be announced in eastern South Dakota to stop the DAPL activities.  The tribes feel treaty rights, human rights to safe water, preservation of numerous sacred sites, and consultation requirements blatantly violated by the Corps and other federal agencies.  The tribes are therefore weighing their legal options.  In the meantime, another Ihanktonwan/Yankton meeting will be scheduled in the very near future to continue the Section 106 process afforded to Tribes and those affected.