AT THE TIME OF DISCLOSURE OF SEXUAL ABUSE 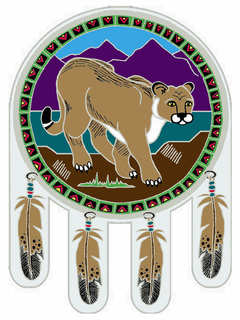 AT THE TIME OF DISCLOSURE

A MANUAL FOR FRONT-LINE COMMUNITY WORKERS

This manual has been developed to assist front-line community workers, especially those in Aboriginal communities, deal more effectively with issues around sexual abuse disclosures. Although At the Time of Disclosure deals specifically with sexual abuse issues, much of the information will also be helpful to those working with individuals who have been abused in other ways. http://www.scribd.com/doc/83561067/At-the-Time-of-Disclosure#fullsc...

Many community workers, including mental health and substance abuse counsellors, educators, health workers, social service staff, recreational volunteers and staff, youth workers, clergy and lay clergy, and community police, may at some point have someone confide in them about incidences of abuse or they may see signs that someone in the community is being abused. This situation can be very stressful for community workers. Unsure of their legal responsibilities and upset by the suffering of the victims, many community workers do not know how they can best respond. In some communities, the dilemma faced by community workers is made more difficult by the fact that they know or may even be related to the victim, the abuser or both.

At the Time of Disclosure is not a comprehensive volume covering all aspects of sexual abuse. Rather, it has been developed to assist front-line community workers deal more effectively with a specific aspect of this very complex critical social problem, namely the disclosure phase. It is at the time of a sexual abuse disclosure that many front-line community workers first come face-to-face with this challenging issue. This manual has been written to help them understand more clearly the many factors which must be considered when dealing with sexual abuse disclosures and to ensure that the needs of everyone affected by the situation are being addressed. A more comprehensive investigation of sexual abuse and the process which can be used to establish community-based response teams can be found in a companion volume, Responding to Sexual Abuse: Developing a Community-Based Sexual Abuse Response Team in Aboriginal Communities.

At the Time of Disclosure can be used as a reference manual by individual community workers or by a multidisciplinary team of agency staff and community volunteers who have decided to work together to form a community physical or sexual abuse response group. It has been designed to assist these types of front-line community workers to understand the context of sexual abuse in Aboriginal communities and why many current approaches to dealing with the problem are not working. The manual offers a brief introduction to community-based approaches to dealing with abuse and provides several examples of successful models currently being used. It then provides guidelines for facilitating disclosures of abuse and investigating allegations. The issues and needs faced by all those affected by the abuse (for example, the victim, the victim's family, the abuser, the abuser's family, the general community, and the justice system) are outlined. Finally, some suggestions and guidelines are offered for planning the healing and restoration of balance which needs to occur after a disclosure of abuse.

Part I of the Manual addresses many of the background issues surrounding abuse. The term abuse has come into common English usage (within both the personal healing movement and within the law) to mean any action through which a person uses his or her power over someone else to get what he or she wants. Abuse can be physical, sexual, verbal, psychological or even spiritual. Abuse involves two key elements:

Part II of the Manual explores issues surrounding the facilitating and investigating of sexual abuse disclosure. It describes some of the most common indicators, in children and in adults, that someone either has been or is currently sexually abused. It discusses the variety of ways in which disclosure takes place. Once a disclosure has been made, an immediate response must be forthcoming. There are many factors which help shape this initial response. For example, if the victim is a child, a whole set of safety, healing and legal issues must be addressed immediately. If the disclosure concerns abuse that is ongoing, the response needed is different than if the abuse happened in the past. If the abuser is a family member, different issues arise than if the abuser comes from outside the family.

The first contact a community resource team or other intervenor has with a victim of sexual abuse is an extremely important and sensitive time. If it is handled well, the victim can be protected from further abuse and placed firmly on the path to recovery. The information gathered will empower the community and the law to confront the abuser, thus interrupting the cycle of abuse. If, on the other hand, the initial intervention and investigation are not handled properly, the results can range from useless to disastrous. The victim may be subjected to further sexual and physical abuse (or worse). There may be an attempt to cover-up the evidence by the entire family. The emotional explosion that follows disclosure may cause serious harm to the abuser and his/her family or to others close to the victim. The victim may be so traumatized by the aftermath (the reaction of those around him/her) to the disclosure that he/she may retreat into some form of mental illness.

Another part of the investigation phase of the disclosure process is to confront the individual accused of the abuse. Unless a community response team or other intervening agency is a) empowered by the law and has agreements with the responsible agencies of the law; and b) trained to do such intervention, confronting the abuser should be left to professionals who have the legal and professional responsibility to do the job. The disclosure phase can be a very volatile time for the accused. If confronting the abuser is not handled properly, the result could be denial and permanent cover up of the abuse, further abuse (or worse) for the victim, either violent or suicidal behaviour on the part of the abuser, the victim, the spouse of the abuser, or even someone in the community who is reminded of his or her own unresolved abuse. Suffice to say here that confronting the abuser is part of the healing process, and that it takes preparation, prior agreements, and in-depth training to do it effectively.

Part III of the Manual discusses issues and needs at the time of disclosure and approaches the problem through the eyes of all the main players that become involved when a disclosure of sexual abuse occurs. It will become readily apparent that different players see the situation differently, have different needs and priorities, and call for different types of responses from professional and other community workers who are in any way involved in handling sexual abuse disclosures.

This manual has suggested a community-based team approach to dealing with sexual abuse disclosures. Many community workers in Aboriginal communities work in relative isolation. Community services providers, such as health, education, the police, and social services, operate independently and the staff members of the same program may not work in a collaborative way. This puts community workers dealing with a sexual abuse disclosure in a difficult position. They do not have the support of their colleagues in handling a very stressful situation and they do not have the benefit of an interagency team to ensure that all aspects of the issue are being handled in the best way.

This is why it is important to form some type of community team for handling sexual abuse disclosures. In some communities this team will develop formalized relationships with the justice and child protection departments to be able to offer sexual abusers a community-based treatment and healing option to incarceration. In other cases, the community team will work in a less formal way, but will still offer its members the benefit of a collaborative approach to handling the disclosure. For this reason, the term "community team" is used to refer to those individuals in the community who need to be involved in an integrated and effective response to sexual abuse disclosures and who have agreed to work together to make sure of that .

The following individuals and groups all have needs and issues that have to be dealt with when a disclosure of sexual abuse occurs: (a) victims, (b) abusers, (c) the victim's family, (d) the spouse of the abuser, (e) the abuser's family, (f) the community, (g) child protection services, (h) the justice system, and (i) the community worker who is facilitating/investigating disclosures. The Manual describes, for each of these individuals and groups, what they may be experiencing and what they may need from the community team.

The final section of this Manual acknowledges that it is important to remember that the disclosure stage must be viewed simply as the first step in a much larger process, which includes treatment, healing, and prevention activities. Although any one community worker may not be involved in all of these stages, he or she needs to understand a little bit about this larger process in order to be able to carry out his or her own role as effectively as possible.

It has been argued in this manual that sexual abuse in Aboriginal communities can most effectively be understood in the context of the whole pattern of family and community life and in the context of a cultural perspective which promotes the restoration of community balance and wellness as the goal of sexual abuse intervention and treatment programs. This view can be in sharp contrast to the view of the dominant society, which frequently understands sexual abuse as a behavioral aberration on the part of an individual and the punishment and possible rehabilitation of that individual as well as the protection of the community as the primary goals of sexual abuse intervention.

As a result of these differences in perspective, many Aboriginal communities are beginning to develop community-based sexual abuse intervention, treatment and prevention programs of various sorts. One such approach involves the establishment of a community-based response team. Some introductory material about the way such a team could function has been included in Part I of this manual. http://www.scribd.com/doc/83561067/At-the-Time-of-Disclosure#fullsc...

Wopila Tanka for all who took part in this much needed  work.