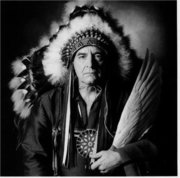 Phil Lane Jr. is an enrolled member of the Yankton Sioux and Chickasaw Nations and is an internationally recognized leader in human and community development. He was born at the Haskell Indian Residential School in Lawrence, Kansas in 1944, where his mother and father met and attended school. He is a citizen of both Canada and the USA.

During the past 44 years, he has worked with Indigenous peoples in North, Central and South America, Micronesia, South East Asia, India, Hawaii and Africa. He served 16 years as Associate Professor and Founder and Coordinator of the Four Worlds International Institute at the University of Lethbridge, Alberta, Canada. Four Worlds became an independent Institute in 1995. As well, Phil is Chairman of Four Directions International, an Aboriginal company, which was incorporated in 1996 as Four Worlds’ Economic Development Arm.

With Phil’s guidance and applied experience, Four Worlds has become an internationally recognized leader in human, community and organizational development because of the Institute’s unique focus on the importance of culture and spirituality in all elements of development. Four Directions International, the Institute’s economic development arm, is lead by its President Deloria Many Grey Horses, and is dedicated to the development of sustainable economic enterprises that support wholistic, political, social, cultural, environmental, spiritual and educational development.

RSVP for "The Critical State of Our Beloved Mother Earth!"- Raven visits with Chief Phil Lane Jr. to add comments!

This would of been awesome, blessings! I send my prayers for continual growth and renewal of the earth mother and her occupants. Thanks for all you do to get the messages out :)

For whatever reason, i can never get the streaming radio programs to work.  If this has been recorded and is available for listening now, or soon, will definitely listen to it.  Thank you all for your hard work for our Earth and all its inhabitants.  Blessings to you always.

Hi dear brother Phil and Raven,   is there a way to record that radio talk and make it available online like it was done before by a radio station?  That would be just awesome. I attend in Switzerland the Hopi peace ceremonie for mother earth each month twice.  This blue planet where we live on is one of the best places to live in this galaxie, a hidden treasure.There are many galaxies out there in the universe. But  this planet is a special one for many reasons.