Something Monumental is Going to Happen 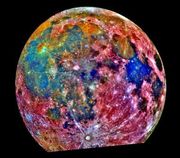 Something Monumental Is Going To Happen 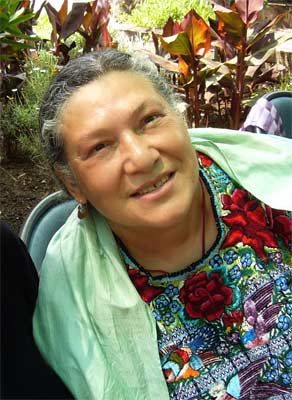 Flordemayo
"Let me tell you what the Maya are saying. I'm not here representing the Maya, but I'm going to say what I know. 2012 is the end of a cycle for the living creatures on this planet. Between 1985 and 2012, there has been and continues to be a transferring of energy in the cosmos that is enormous. People feel that something monumental is going to happen. Humans have practically destroyed everything around us.

"There's a lot of contamination: air contamination, water contamination, and earth contamination. The high winds and calamities that we're having are due to the negligence of what we're doing here. We don't need four automobiles in a family. Destruction is coming about due to our negligence and greed and the Maya have it written down as a prophecy.

"One of the predictions concerns how we're going to have seven days of darkness. When this takes place, a lot of people that don't have a spiritual basis are going to go nuts. I have been assured that this will not be the end of the world. It really means, according to the Maya, that the earth is going to go through a period of gestation and enter into a new period. I saw in a vision that we're going to have two suns. We need to get ready.

Since 1999 Flordemayo has been a part of the Wisdom of the Grandmother's Foundation. Currently Flordemayo is a member of the Council of Thirteen Indigenous Grandmothers. Flordemayo and the grandmothers have travelled around the world uniting people in a circle of prayer.

OUR PURPOSE OF THE 2012 TIPPING POINT PROPHETS CONFERENCE VANCOUVER is to explore a radically different, more optimistic interpretation of the Mayan prophecy - as referring to the end of the world as we have known it. Instead of predicting a physical destruction of the material world, the Mayan prophecy might refer to death and rebirth and a mass inner transformation of humanity. The conference brings together JOSE ARGUELLES, FLORDEMAYO, BARBARA MARX HUBBARD, JOHN MAJOR JENKINS, JOHN KIMMEY, JOHN PERKINS, LLYN ROBERTS, DANIEL PINCHBECK, RICHARD TARNAS, and MIGUEL ANGEL VERGARA in the beautiful setting of Vancouver, Canada. Following the conference will be in-depth post-conference workshops.
-Cody and Robin Johnson, Founders
www.greatmystery.org/events/vancouver2012.html

RSVP for Something Monumental is Going to Happen to add comments!